Dr. Trozzo was born in Mendoza Argentina, a stunning province adjacent to a beautiful mountain. Dr. Trozzo received his degree in veterinary medicine in 2007 from the Universidad Nacional del Nordeste located in Corrientes, Argentina
Dr. Trozzo began practicing veterinary medicine in Santa Fe, Argentina, where he acquired much experience while working at this clinic that treated both small and large animals. Dr. Trozzo also worked with with livestock production animals, and sport horses.
In 2009, he continued his professional practice in Buenos Aires for a few years, gaining experience in general clinical practice and minor surgeries, after which he then returned to Rosario, Santa Fe in 2012. He worked in Rosario for 6 years as a general manager at one of the most prestigious and important veterinary practices in the country. His focus was at that hospital was mainly with small animals.
In 2016, Dr. Trozzo returned to Buenos Aires to continue his professional development and practice, taking an interest in general medicine, surgery and dermatology. 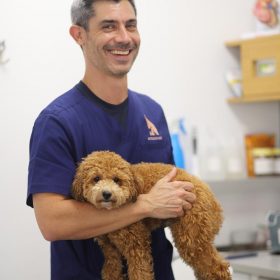 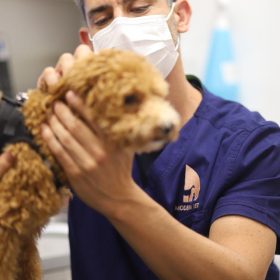 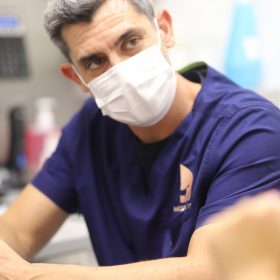 THE ONLY MULTI-SPECIALTY 24 HOUR HOSPITAL IN THE UAE!
Book now