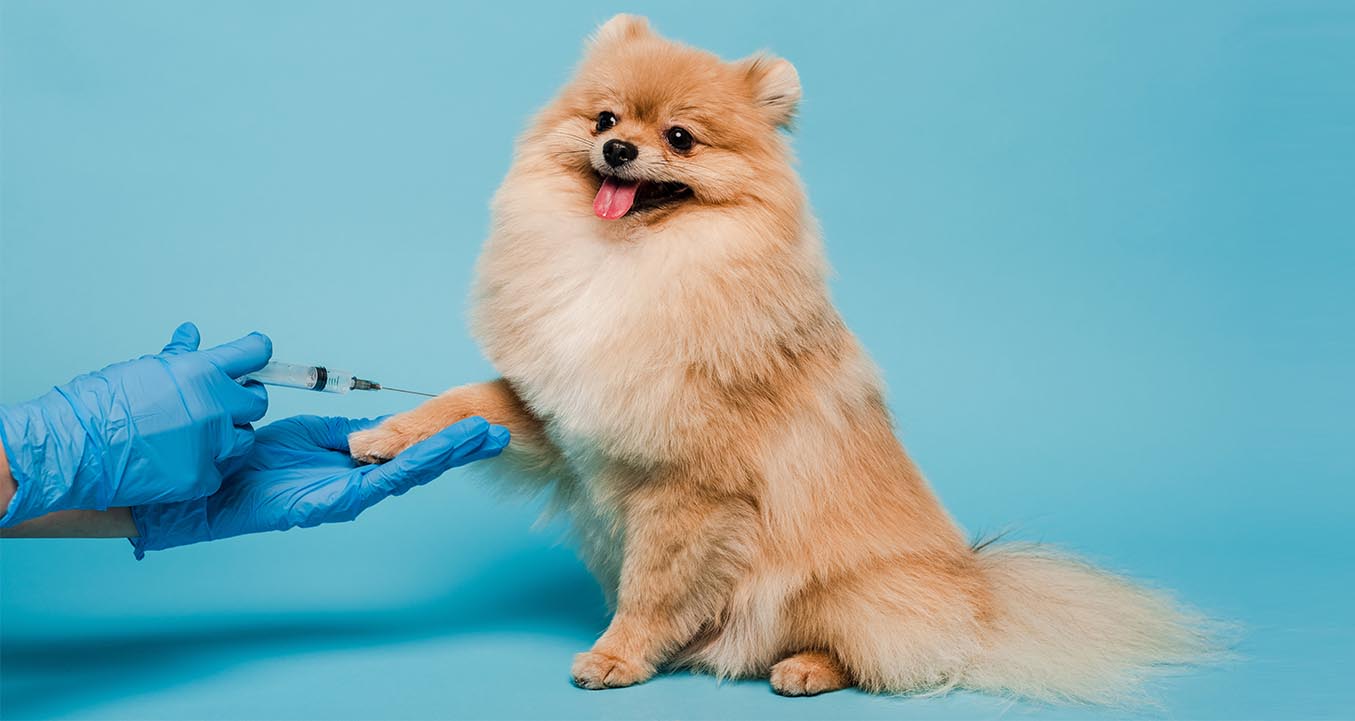 Vaccination is the process of immunization, which enhances an animal’s immune system and helps it fight diseases. Vaccines are made from killed or weakened forms of bacteria, viruses and other microorganisms that cause disease in dogs.

Why is the vaccine needed in dogs?

Vaccination is the best way to protect your dog against diseases. It can prevent disease, which means you don’t have to worry about your dog getting sick and dying. Vaccines also help protect dogs from severe illness and death, so they won’t get ill or die from any disease that a vaccine would have prevented in the first place.

Vaccinations are also important for preventing suffering and pain for both you and your pet; this is because vaccinations can prevent certain types of bacteria from causing illness in dogs — meaning that there’s less need for antibiotics after vaccination than before! And finally: vaccinating prevents expensive treatment bills later down the line when something goes wrong with an existing condition (such as arthritis).

Contraindications of the vaccine in dogs

There are some common contraindications to the vaccine in dogs. These include:

If you’re concerned about these issues with your pet, talk with their vet about whether it’s safe for them and what steps should be taken before administering vaccinations

It is important to note that immunization schedules might vary from puppy to puppy. Geographical location and lifestyle may have a role, so not every dog will require every vaccination. However, this is a typical dog vaccination schedule during the first year.

At eight weeks of age:

As a result of their immature immune systems, puppies are more susceptible to sickness. This is why vaccinations begin at a young age. Puppies initially obtain some immunity from their mothers, but this protection does not last long. This maternal immunity can potentially interact with and reduce the efficacy of our immunizations. To ensure that puppies develop a sufficient quantity of antibodies, we must thus vaccinate them many times or offer booster shots.  vaccinations

Adult and older dogs require frequent vaccinations to preserve their immunity. Depending on the vaccine, boosters must be administered annually or every three years.

Although immunizations are safe, some pet owners may hesitate to administer booster shots. In these instances, they may instead consider a titer. Some countries may additionally demand titers for overseas travel.

A titer test is a process for detecting and evaluating the number of antibodies (protective proteins) in a dog’s blood against a particular disease. This is achieved by repeatedly diluting a blood sample before exposing it to an antigen. They can determine whether your dog has to be revaccinated or can skip the booster.

Why are puppies given many doses of the vaccine?

There are two explanations for this. First, it is impossible to determine when a pup has lost the passive protection it receives from its mother without complex tests. A rapid drop in a puppy’s mother’s antibodies can make it susceptible to illness at a relatively young age. A strong maternal immunity can impede early vaccination. Second, with killed vaccinations, in particular, the first dose is a priming dose, and the second dose enhances the response to a more durable level of immunity.

Why does my dog require a booster vaccination?

In most adequately immunized dogs, immunity should persist longer than a year and frequently for several years. However, immunity does drop over time, and the rate of decline varies from person to person. Revaccinations have proven to be highly effective in maintaining the highest level of immunity against infectious illnesses. Immunity does wane over time. However the rate of decline differs between individuals.

Depending on the circumstances, some vaccines are administered less frequently as they are improved over time. Most dogs with low-risk lives can be immunized every three years with core vaccines and, when necessary, with non-core vaccines (most non-core vaccines require annual boosters). Based on the demands and lifestyle of your dog, your veterinarian will discuss the necessity and frequency of booster vaccines.

How long does a vaccine take to induce immunity?

The early phases of the immune response are activated within a few hours post-vaccination. Typically, ten to fourteen days are required to establish a reasonable level of protection. The killed vaccines may not provide adequate protection until the second dose. In puppies, maternal antibodies may delay immunity until later in the vaccination series.

Even vaccinated puppies should be kept away from dogs or puppies with uncertain vaccination histories until they have completed their immunization regimen.