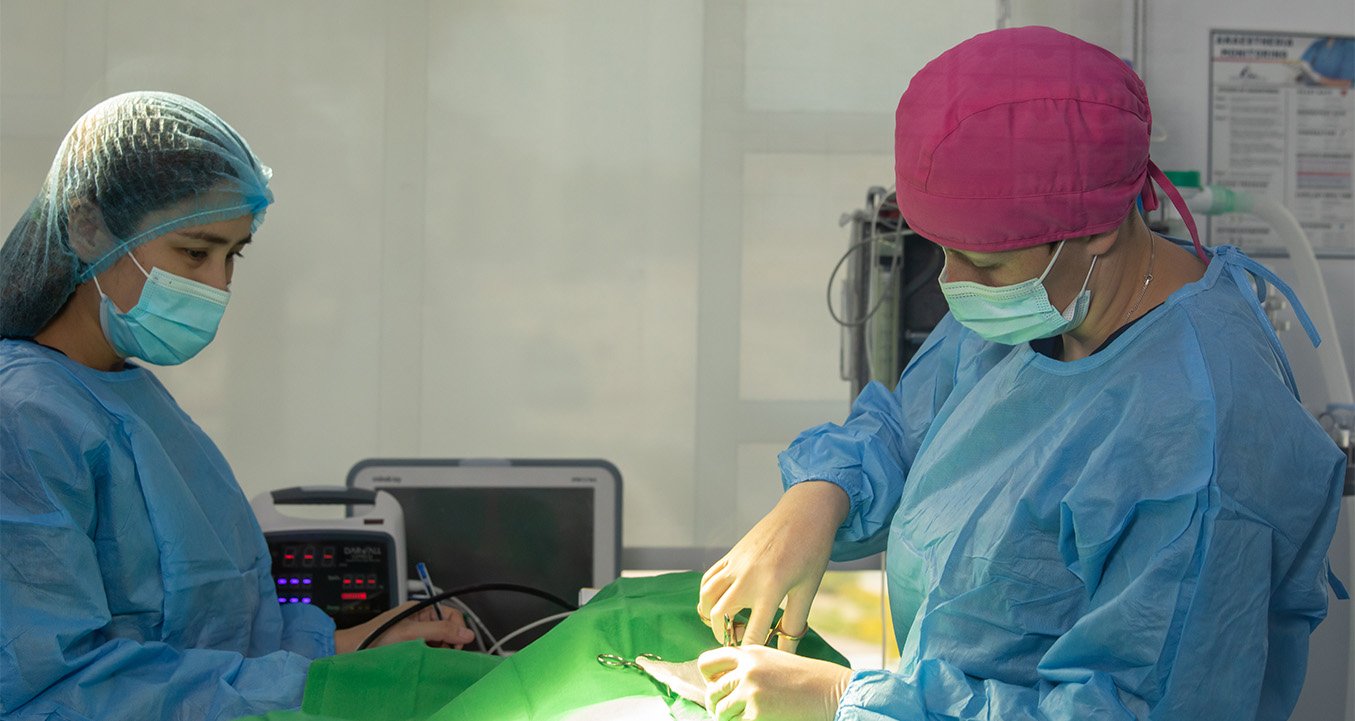 What is sterilization in pets

Sterilization is a process used by veterinarians to prevent reproduction in pets permanently. Sterilization can be done through surgical procedures, or it can be done with medications that are injected into the animal’s bloodstream. In either case, sterilization prevents future pregnancies and births of offspring from occurring in your pet’s body. This can help to protect you and others who live with your pet from unwanted offspring.

If you own a dog or cat with young pups at home, they should be spayed or neutered before they reach sexual maturity, so they don’t have any more babies!

Benefits of pet sterilization to their health

Your Pet Will Not Gain Weight Due to Spaying or Neutering

Spaying your female pet will prolong her life.

Spaying your kitten between 3 and 6 months of age can almost minimize her risk of developing mammary cancer as an adult. In addition, cat spaying protects against various uterine and ovarian diseases and malignancies.

Spayed cats live 39% longer, and spayed dogs live 23% longer than their unaltered counterparts, according to a study involving 460,000 cats and 2.2 million dogs. As with cats, spayed dogs have a reduced risk of developing some malignancies and pyometra, a potentially fatal uterine infection.

Neutered animals are happier at home

One of the reasons neutered tomcats live so much longer is that they are less prone to leave the house and fight with other male cats. Neutering inhibits testosterone production. This hormone is responsible for aggression.

The same is true of dog neutering. They are less likely to wander in search of a partner and get hit by a car or fight with another dog while doing so.

Spayed animals Do not become heated

Your spayed female pet will not enter estrus. During the breeding season, female felines are typically in the heat for four to five days every three weeks. To attract a partner, they will yowl and urinate more frequently, sometimes inside the home.

A male dog will not leave the house.

Your male dog is less prone to stray from the house. An intact man will do nearly anything to obtain a mate, including devising ingenious escape methods. Once he is allowed to wander freely, he risks being injured in traffic and engaging in conflicts with other animals.

Your neutered man may be better behaved. Unneutered dogs and cats are more likely to spray strong-smelling urine throughout the house to mark their territory. After being fixed, your dog may be less likely to mount other animals, humans, and inanimate objects. Early spaying and neutering can prevent some aggressiveness issues.

When to Spay or Neuter Your Pet

While the standard age for neutering is six to nine months, healthy puppies can be neutered as young as eight weeks. Adult dogs can also be fixed. However, there is a slightly higher risk of post-operative complications in older dogs, overweight dogs, and dogs with health issues.

It is generally considered safe to spay or neuter kittens as young as eight weeks old. To avoid the onset of urine spraying and eliminate the possibility of pregnancy, it is recommended to arrange the procedure before your cat reaches the age of five months. A female cat sterilization can be done while she is in heat. Consult your veterinarian about the optimal time to spay or neuter your pet.

How much to neuter a cat?

It’s important to note that costs vary significantly by location and procedure, but the average price for spaying or neutering is around $200. You might also want to consider adding extras like microchipping, vaccinations, and heartworm testing if your pet is at risk for one of these diseases.

How long does the procedure take

Your veterinarian will inject a local anesthetic into your pet’s skin to perform the procedure. The injection is given to numb the area, taking about 30 minutes to complete. The procedure is done under general anesthesia, meaning they cannot feel anything while getting treated or after they wake up from surgery.

The entire sterilization process is done in a sterile environment so that no bacteria are present on the equipment used during this procedure. This can be very important for pets with allergies or other conditions where infections could occur if something wasn’t taken care of properly during their visit to our clinic!

Is there any pain involved

There is no need to worry about the pain is severe. It’s usually mild and can be treated with painkillers such as ibuprofen or paracetamol.

If you’re faced with a large needle (vein), you may feel discomfort when the needle enters your pet’s body, but this should be short-lived and soon subside.

Can I get my pet spayed while pregnant?

If you are pregnant, your veterinarian can perform a sterilization procedure on your pet. This is done at any time during pregnancy and does not require an anesthetic. The risks of the procedure are the same as those for non-pregnant animals. If you are unsure whether to have the surgery performed or wait until after delivery to spay or neuter your pet, please talk with your veterinarian about their recommendations for how best to proceed with care in this situation.

Does sterilization change my pet’s behavior

Surgical sterilization reduces the number of puppies and kittens born into litter. This can be a good thing for your pet, as it means more puppies and kittens are removed from their mother before they’re even born. Spayed animals will also be less likely to roam and fight with other animals or humans, which is helpful if you have small children in your house.

Spaying also helps prevent certain cat behaviors, such as roaming and fighting with other cats (or dogs). The same goes for spaying male dogs; they’re less likely to be aggressive toward other people or pets once they’ve been neutered early on in life!

Castrated animals live longer. This is due to the reduction in testosterone, which can lead to more aggressive behavior and a higher risk of prostate cancer. Castration also reduces testicular cancer, mammary cancer, and uterine infection. In addition, castrated males are less likely to develop urinary tract infections (UTIs).