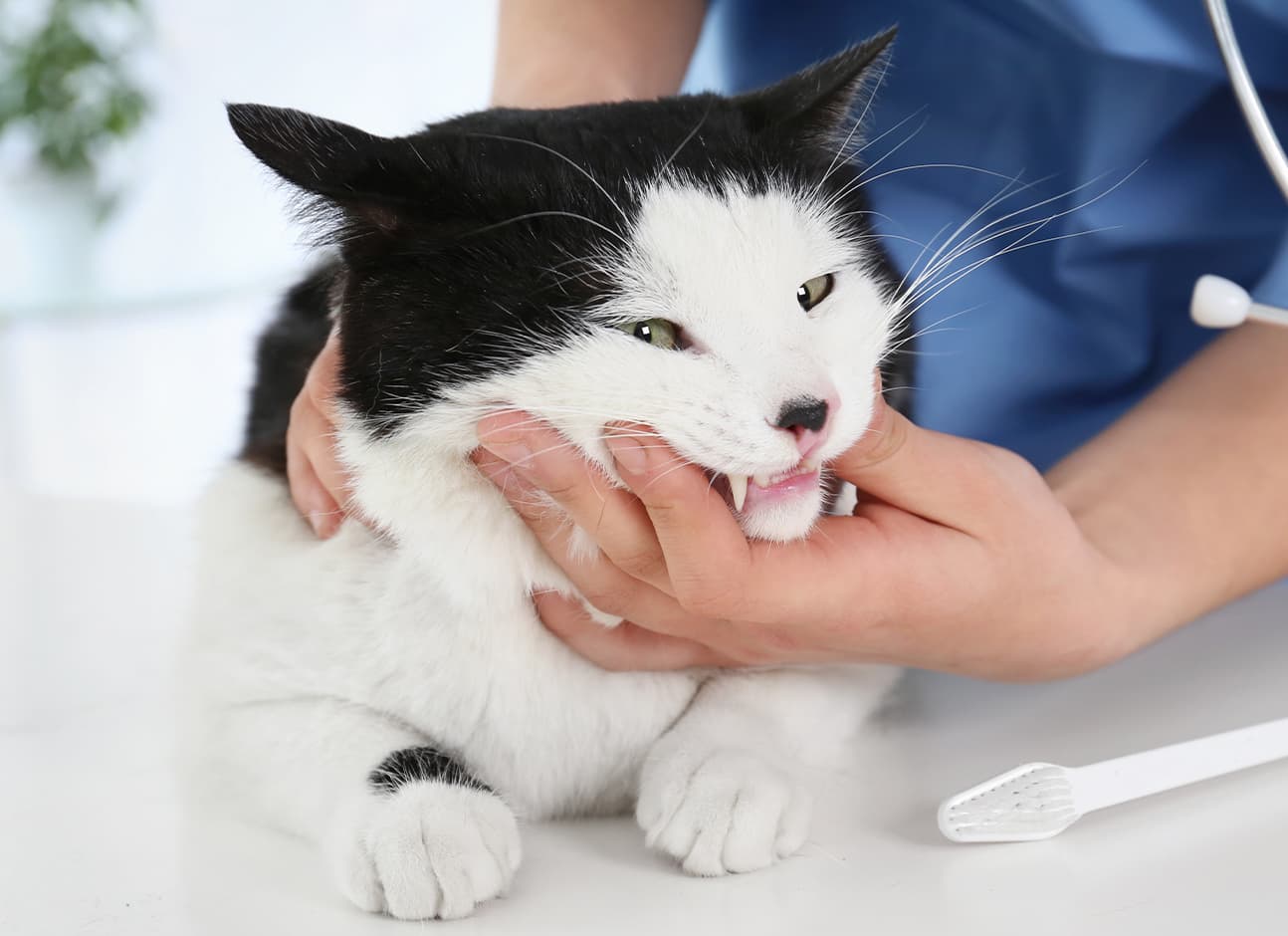 A chamber (root canal) exists within each of a cat’s teeth, including tissue made up of blood vessels, lymphatic vessels, and nerves. This tissue, which interacts with the rest of the animal’s body, is encased in dentin, a bony material that makes up the majority of the tooth’s structure. The dentin of a single tooth (or multiple teeth at the same time) erodes and finally becomes irreversibly damaged in a disease known as tooth resorption – formerly known as feline odontoclastic resorptive lesion (FORL) or cervical line lesion. All parts of an afflicted tooth, from the root to the crown, may become implicated over time.

The radiographic (X-ray) appearance of the root divides tooth resorption in cats into several kinds. A typical tooth’s root has a distinctive solidity, and there is a thin black border surrounding the root that separates it from the bone on radiographs. The periodontal ligament, a natural anatomic structure that connects the root to the bone, is represented by the black outline.

The crown of the tooth is destroyed in Type 1 tooth resorptions, but the root appears normal on radiographs with a clearly identifiable periodontal ligament.

On the other hand, the root of a Type 2 tooth resorption seems to be dissolving and not easily distinguishable from bone. Replacement resorption is the term for this.

While the origin of tooth resorption is unclear, periodontal disease has been related to Type 1 tooth resorption. Whatever the reason, the final effect is the loss of the tooth’s exterior hard tissue (enamel, cementum, and dentin). Both types of lesions can damage the crown as well as the base of a tooth. Tooth crown lesions are quite painful and necessitate treatment.

How can I tell whether my cat is suffering from tooth resorption?

Tooth resorption is unpleasant once the sensitive dentin is exposed, and your cat may experience muscle spasms or shaking of the jaw whenever the lesion is touched.

Increased salivation, oral bleeding, and trouble eating are all signs of tooth resorption in cats. Tooth resorption will often go unnoticed in an anesthetized cat without radiographic and clinical screening, and the cat will suffer in silence. For the preservation of dental health and early identification of illness, annual comprehensive exams with radiographs are suggested.